In recent years, the conversation around the microbiome and microbiota has grown a lot. "Microbiota" and "microbiome" often take the same name, but they are not synonymous.

First of all, it is crucial to clarify that there are different types of microbiome and microbiota, such as oral, gut or skin microbiota among others.

In more detail, microbiota refers to the population of microorganisms (bacteria, fungi, protozoa and viruses) that coexist with an organism without harming it, and under normal conditions which contribute to the functioning of the immune system.
Keeping this in a state of equilibrium, known as eubiosis, is very important.

Conversely, the microbiome is the sum total of the genetic makeup and the environmental interactions of microorganisms in a specific environment that the microbiota expresses. 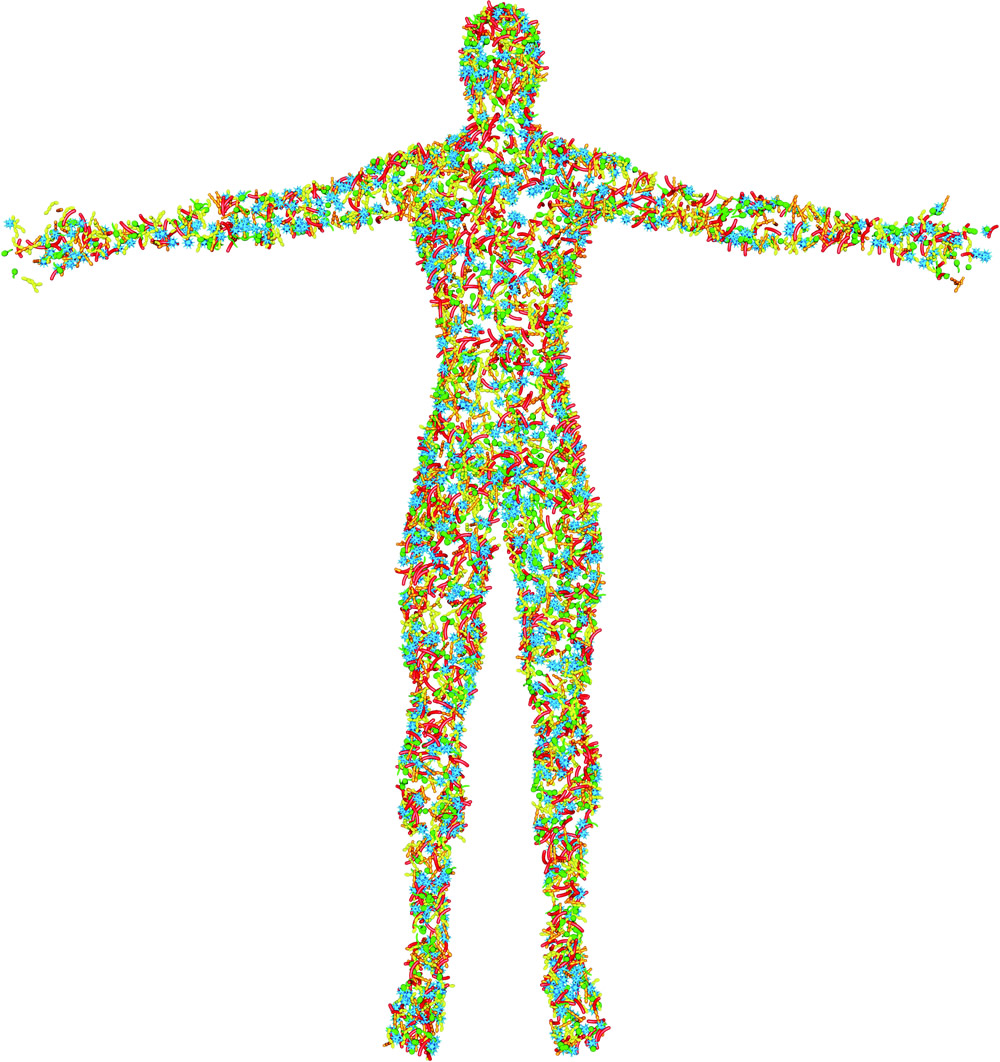 The microbiota is composed of six times as many bacteria as the total number of cells that make up the entire human body and at least four million different types of bacteria.
We have about 38,000 billion bacteria in our bodies.

WHY IS IT NECESSARY TO KEEP THE MICROBIOTA IN BALANCE?

When the microbiota is in a state of eubiosis, i.e. in balance with the organism, it performs complex functions to their mutual benefit.

The transition from eubiosis to dysbiosis, i.e. when the balance is lost, allows potentially pathogenic microorganisms to colonise or become prevalent and cause gum inflammation and periodontal or peri-implant disease.

It is then necessary to restore and maintain this balance by taking probiotics, for example, i.e. live microorganisms which, when ingested, allow them to exert functions beneficial to the entire body.

Taking probiotics benefits the oral mucosa, the respiratory system and the intestinal system.

The oral microbiota consists of more than 700 species of bacteria that aggregate with each other through salivary proteins and adhere to the surface of the teeth. This union of bacteria creates the biofilm that makes up plaque (which calcifies and turns into tartar).

Healthy individuals who maintain proper daily oral hygiene usually have a good balance between bacterial species and the immune system.

Therefore, keeping microbiota and host organism in balance (eubiosis) is one of the most effective and modern methods for preventing oral disease (and other possible pathologies) in healthy individuals, but is also of great help for the oral health of patients who have undergone specific treatments as for instance, an operation to correct periodontitis.

THE BACTERIAL BIOFILM: WHAT IT IS AND HOW TO COUNTERACT ITS FORMATION

The biofilm is a collection of microorganisms that are located within a complex polymeric matrix called slime that consists of polysaccharides, proteins and some genetic material.
Since many microbial and bacterial species tend to organize themselves as biofilms to be more resistant to antibacterial agents, it is a challenge to counteract them. Biofilm is resistant to both the immune system and antibiotic treatments.

Biofilm is often the cause of tooth decay, gingivitis and periodontal disease, if not recurrences of previous disorders.